Barry B. LePatner, ESQ., HON. AIA, spoke at PSMJ’s THRIVE 2016 conference. Following is an excerpt from his breakout session presentation.

“What will be the great differentiator between the survivors—those who thrive—in the years ahead—and those who fall by the wayside because they resisted change?”
To a large extent, the answer is the adoption of the latest technology.

In the summer of 1914, following the assassination of the heir to the Austro-Hungarian empire, the winds of war were set in motion. Nearly every politician and military expert in Europe knew for certain that this war would be a quick one – no one could ever believe that it would be over in more than a few months.

But everyone was wrong for reasons that they could not see, having enmeshed themselves in the tried and true methods of warfare for the prior forty years.

What everyone had chosen to overlook was that a continent-wide four-year war was to wreak havoc on all of Europe and change history. And the reason for the failure of those leaders to see the future was that they all had ignored the advent of new technology—the long range artillery shell, the machine gun, along with the introduction of barbed wire was to a catch them all unaware of how disruptive these new technologies would be to the traditional and outdated political and military methodology they had previously employed to wage war.

I introduce this historical fact for the purpose of raising this warning flag to the architecture, engineering, and construction (A/E/C) community:  By ignoring the innovative benefits of new technologies that will radically change the way we design and build tomorrow represents a life threatening situation to all but the few of you who heed this warning.

Today, as we all know, projects cost more than they did ten or fifteen years ago—risk, in the form of increasingly more complex projects has created more pressures on the design profession—and fees, well, fees have essentially remained the same as have historically low profits.

So it is fair for each of you to ask: “What are the chances that my firm can successfully fight to reverse this trend?”

The design and construction community’s aversion to change has now become the “enemy.” However, increasing numbers of your competitors have already decided they need to find new ways to reverse this trend.

“What will be the great differentiator between the survivors— those who thrive—in the years ahead—and those who fall by the wayside because they resisted change?”

To a large extent, the answer is the adoption of the latest technology.

The warnings flash through our everyday lives. Every day we reach for a mobile phone to call a taxi that arrives via software algorithms that know how to connect where we are with needed transportation that takes us where we want to go. Need a prescription filled? Our doctor emails it to our pharmacy and we go on an app to learn when it is ready to be picked up. Tickets for the ball game? No problem, there are digital sites that tell us what seats are available and how much they will cost. 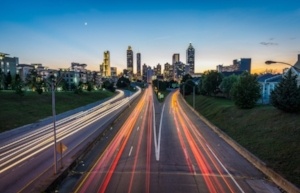 Despite being surrounded by the miracles of technology that drive every other sector of our business world, the design and construction industry remains largely driven by the use of word processing, excel spreadsheets while applauding itself for the increasing use of BIM that barely approaches the levels of widespread use in other industries.

And, when Millennials, who live in a 100% digital world, join an A/E/C firm they are often shocked to see how much of the operations and management of their companies are hamstrung by outdated technology–or none at all.

If there were no other reasons for each of you to make a significant investment in these new technologies, let me offer you only two of many reasons:

Imagine that your firm chose to invest one million dollars on several new technologies and, within two years you began saving even five percent to your bottom line. Think about that five percent improvement in efficiency and profitability. From a tax standpoint that million dollar investment would be money well spent.

What would you spend to add five percent to your annual profits? What if the new technology you adopted saved you ten or more percent and enabled you to garner two major projects solely because the clients saw the value of the technology you were bringing to the table?

About the Author: Barry LePatner, Esq., Hon. AIA, has worked with architects, engineers and owners to make their businesses smarter and more efficient for four decades. Barry is the Co-founder and Chairman of Arazoo.


In the PSMJ Blog, we have covered technology and the A/E/C industry from a number of angles. Here is a list of technology-related blog posts:

The New Technology that will Transform the A/E Industry

Where 3D Printing Plays in the A/E/C Arena

Driverless Cars Will Change How You Run Your Business