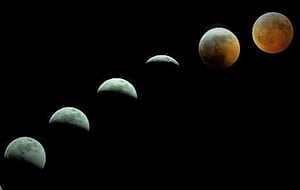 As I write this, the year 2020 is still a year away. Yet, we have a strong idea of what the world and the profession will look like when the ball drops in Times Square on January 1, 2020.

We’ve seen some drastic changes in the last decade. “Disruption” is the term that has come to signify massive, often unexpected upheaval, and we have seen plenty since 2010.

Debatable as these assertions may be—and many have debated them—the point is clear: Disruption is a new reality. Consider Uber. Founded in 2009 and launched the following year, Uber was such a practical and useful concept it caught on almost immediately and has spawned many competitors. By 2018, less than 10 years after its launch, Uber was available in over 600 cities across 65 countries, with over 40 million users in the U.S. alone. Its 2016 revenue was $6.5 billion (U.S.).

Disrupters in the A/E/C Industry–Coming Soon
Some of the biggest disrupters to appear on the scene have affected the Architecture/Engineering/Construction (A/E/C)  industry in ways small and large. For example, the explosion of ecommerce has altered the way we plan, design, and build retail facilities.

Yet, when you look at the firms in our industry—the way we do the work we do—we haven’t changed much! Of course, we have evolved into using computer-aided design (CAD), building information modeling (BIM), and many other technological improvements. But the essence of what we do is pretty much the same as it was 100 years ago. We still produce drawings that contractors build using means and methods that have been in place for hundreds of years.

Much of this will change in the next 10 years. But what are the immediate crossroads the we will encounter in 2020?

These are just some of the realities we encounter as the decade of the 2010s ends.

About the Author: As Founder and CEO of PSMJ Resources, Inc., Frank A. Stasiowski, FAIA is a counselor, strategist, and advisor to CEOs of the top design and construction firms in the U.S. and abroad.  Stasiowski is a licensed architect with degrees from the Rhode Island School of Design and an MBA from Bryant University. He has spent the last 35 years working with design firms.

This article is an excerpt from the just released IMPACT 2030. As clients demand that work be delivered faster, and as the workforce gets younger, and we increasingly rely on emerging technology to balance cost pressures, nowhere are specific changes discussed in terms of how they affect long term strategic decisions for A/E/C principals. IMPACT 2030 outlines how demographics, globalization, government expansion, and technology advances can benefit firms that plan ahead — and be devastating for those that don’t prepare.