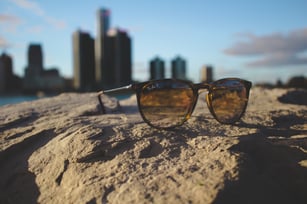 Even as economic uncertainty looms and forces of change related to the environment, infrastructure, demographics, consumer behavior, and technology necessitate flexibility in space design, development, and business operations, real estate in the U.S. remains a favored asset class, according to Emerging Trends in Real Estate® 2020, co-published by Urban Land Institute (ULI) and PwC.

The annual industry forecast, released at ULI’s recent Fall Meeting in Washington, D.C., cites adaptability to change along with discipline as key factors in the industry’s ability to withstand an economic downturn and the possibility of softer real estate demand in the years ahead.

The report’s findings suggest that a willingness to embrace change and rethink growth strategies is beneficial for cities as well as the industry: Austin is ranked first out of 80 cities in the U.S. for overall real estate prospects for 2020, followed by Raleigh/Durham, Nashville, Charlotte, and Boston.

Throughout this period of extended economic growth, real estate development has been dominated by creative mixed-use projects that have revived many urban areas. Going forward, those who continue to innovate with spaces that can be easily be repurposed as cities evolve will have a competitive edge. Staying ahead of change means being flexible and adaptable.

Even though we are late in the expansion cycle, volatility in global financial markets, coupled with global geopolitical instability, continues to drive investors towards U.S. real estate. The asset class remains desirable as investors seek predictable cash flows from tangible investments.

Trends highlighted in the report include:

Markets to Watch
Despite differences in size, growth, geography, and local culture, Emerging Trends notes that the highest ranked markets for investment and development prospects are those that have successfully positioned themselves as interesting, lively places with ample employment opportunities and a good quality of life, even as housing affordability challenges intensify. In addition to the top five markets, other favorites for 2020 include Dallas/Fort Worth, Orlando, Atlanta, Los Angeles, Seattle and Tampa/St. Petersburg.

New categories of markets to watch were added this year to reflect factors that elevate the appeal of some metro areas for specific reasons. These include:

The report notes that the industrial/distribution sector continues to be ranked highest for investment and development prospects, reflecting the impact of e-commerce and rising demand for storage and delivery facilities; data centers are also garnering interest. Multifamily and single-family housing are highly favored, as housing needs continue to change for millennials and baby boomers. Less favorable: office space, hotels, and retail, with the latter receiving the lowest ranking.

Now in its 41st year, Emerging Trends in Real Estate is one of the most highly regarded annual industry outlooks for the real estate and land use industry. The 2020 report includes interviews and survey responses from more than 2,200 leading real estate experts, including investors, fund managers, developers, property companies, lenders, brokers, advisers and consultants.