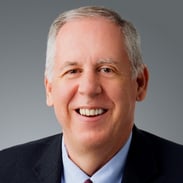 PSMJ Resources is proud to announce that Brian G. Burnett, P.E., F.ASCE has joined its dedicated and growing team of ownership and leadership transition planning experts. He brings decades of A/E/C leadership and transition experience.

“We are thrilled to bring Brian’s unique transition planning experience directly to our clients,” says Susan LeComte, Vice President of Ownership Transition, Valuation, and M&A Services, “Brian has experienced transition planning coming in as a new owner in an A/E/C firm and as a CEO planning his exit. Our clients get tremendous value out of our real‐world A/E/C experience.”

In 2003, Brian became the President/CEO upon the retirement of the then CEO who ended a 40‐year career as a senior leader with the company. From 2013 to 2017, Brian was responsible for helping the company replace and transition nine major leadership positions, including his CEO position. Overseeing this final transition required extensive planning and leadership development over an eight‐year period prior to Brian retiring in June 2017.

Brian has a bachelor’s and master’s degree in Civil Engineering from the University of New Mexico. Brian is a Registered Professional Engineer in New Mexico and in 2017; he became a Fellow in the American Society of Civil Engineers.