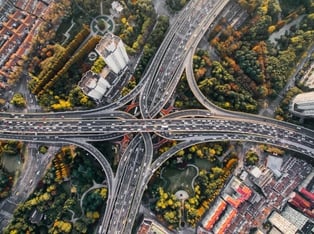 Now that everyone is getting over the shock of the presidential election, we need to step back and look at what it means for America, and for the A/E/C industry.

Here’s my take:  In the short term, the election results are positive for our industry.

President-elect Donald Trump touted an ambitious infrastructure investment program that includes a strong private-sector component.  And, unlike the current administration, Trump will have control of both houses of Congress.  So this plan will probably get funded, and should mean more work for engineering firms, much of it coming from public-private partnership (P3) projects.

Work is Job One: Trump Talks Infrastructure and Energy
In his 100-day plan to “Make America Great Again”—what he calls his contract between himself and the American voter, are the following:

The plan includes rebuilding military bases, investing in bridges and roads, and freeing up America’s energy reserves. All good news for the A/E/C sector.

Investment in Infrastructure
Trump revealed his $1 trillion plan last month with a strategy that would allow private investment through tax credits to investors willing to put up an equity state in projects such as toll roads, airports, and utilities. The projects would be budget neutral as the cost of the tax credit would be offset by employee and company taxes.

Because the House, Senate, and presidency will all be held by Republicans, the chances are good that there could be a wave of new measures. Here is what we will be looking at:

Is there any bad news?
The medium- and long-term are less clear.  Not only did Candidate Trump propose increased infrastructure spending, he also proposed increased military spending and increased spending in other areas as well.  The magnitude of these increases is much more than can reasonably be saved by cutbacks in other areas.  So the overall size of government is likely to grow.  Combining this expenditure growth with promised tax cuts, and you have a formula for big increases in the federal deficit and national debt.

Will Paul Ryan manage to keep such an increase in check?  Time will tell.  But perhaps the most important question that will determine the success or failure of the Trump administration is which Donald Trump actually shows up at the White House.  Will it be the conciliatory Dr. Jekyll who made the acceptance speech early Wednesday morning?  Or will it be the Mr. Hyde whose revenge on those who criticize him knows no limits?  My hope is for the former, but my fear is for the latter.  Time will tell.

About the Author: David Burstein, P.E., is Director of Client Services for PSMJ Resources, Inc., the nation’s largest provider of management information to the engineering/architectural professions. As part of his responsibilities, he provides consulting and training services on the subjects of strategic planning, marketing, project management, human resources, quality, finance, and ownership transition.

This article comes to you compliments of Professional Services Management Journal: Advice for A/E Firm Leaders: Data-Driven, Provocative, Actionable. Now more than ever, in this fast-moving business climate for A/E/C firm leaders, we invite you to check out all the perks of a PSMJ subscription. To subscribe to PSMJ at the special introductory rate of $197 (a $200 savings) for one full year (12 monthly issues), visit the PSMJ store today. Use promotional code PSMJNOV before November 24 to get this exclusive $200 savings.