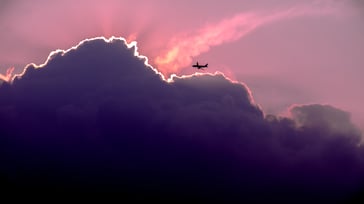 While many architects and engineers indicate they want to keep working “forever,” and they plan to pursue projects that enable them to keep working past a normal end-of-career age, there are individuals who plan to retire.

Design firms, with a few exceptions, have tended to focus on current compensation rather than investing in retirement plans.

Over time, the 401(k) has become the overwhelming favorite type of plan among design firms. There are some ESOPs and some Profit Sharing (only) plans, but the “traditional” fixed pension is definitely a thing of the past today.

Over the years, PSMJ's Financial Performance Survey has found that firms have averaged spending between three percent and four percent of total payroll as retirement plan contributions.

How does that compare with other types of firms?  A Business Week article defined how several companies determine contributions to employee retirement plans. The results ranged from a high of 15 percent of salary with several more in the nine percent to 12 percent range among large manufacturing companies to lows in typically low compensation industries (grocery, restaurant) of 1.5 percent to seven percent of salaries.

Obviously, these are only a small fraction of companies, and thus the examples may or may not be representative of all companies.  There also are no government employers where the traditionally defined benefit plans still predominate.  However, we have seen limited government data that indicates retirement cost of 18 percent of wages, or higher. For those states and cities with large pension obligations, primarily due to lack of funding in past years, the government payment can exceed 50 percent of current salaries.

Clearly, the A/E community average is nearer the low end of contributions.  Of course, other employers typically do not have wages as 70 percent of their total costs of doing business. Thus, they can pay a higher percentage of their labor costs into retirement plans without the cost representing a very high portion of total costs.

It appears from the contribution level that A/E firms have a fairly high reliance on Social Security to provide income for retirees as the amount contributed by companies is not sufficient to provide adequate income in retirement.  Maybe it is good that so many of our professionals expect to keep working well past the “normal” retirement age. 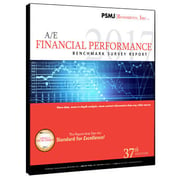 PSMJ’s 2017 A/E Financial Performance Benchmark Survey Report puts the answers to these questions (and many more!) at your fingertips.  No other product contains the detailed information that your architecture or engineering firm needs to thrive in today’s economy.  In fact, we use a variety of key performance metrics from this report to select PSMJ’s prestigious Circle of Excellence, an elite group of the industry’s most successful firms!