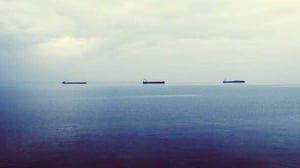 As I approach the one-year anniversary of my appointment as CEO of Fuss & O’Neill (a civil engineering firm based in Manchester, CT), I’ve been reflecting on my transition and the past year’s experiences. One in particular had a heavy influence on the way I approached my inaugural year: “Turn the Ship Around,” by retired U.S. Navy Captain L. David Marquet.

Marquet was somewhat thrust into leadership, unexpectedly taking command of the USS Santa Fe when its previous captain retired early. Unlike my circumstances, Marquet had never set foot on the Los Angeles-class submarine until the day he became the leader of it. I had the good fortune of having more than five years getting to know the people and culture of my company in my prior role as COO before stepping up to the “captain” position.

CULTURAL PROBLEM
Marquet faced a culture problem. The crew followed a regimented “leader knows all” model that resulted in a
very poor retention rate. He quickly recognized that the crew wasn’t engaged or empowered to make decisions; this resulted in poor performance and unhappiness.

Marquet believes developing individuals to their potential is more beneficial than conforming them to your own
image. I agree and began decentralizing and delegating authority to the most appropriate and, therefore, the most effective levels of our organization.

It’s certainly difficult to give up control, and there’s a general fear that comes with not making every decision. But there’s also a freedom that accompanies that. The weight of the world is no longer on my shoulders—it’s evenly spread amongst the shoulders of all employees. When people are empowered to make decisions, they think about their choices and feel a greater sense of accomplishment.

Do I still worry? Of course I do. I have the ultimate responsibility for the healthy and productive work environment of more than 300 people. But if a mistake happens, it’s not a failure. Mistakes are never failures unless left unattended. At Fuss & O’Neill, everyone is encouraged to take ownership for what they do.

One myth that Marquet breaks down and speaks loudest to me is the idea that leaders motivate their team. Instead, he believes that “leaders make it safe.” Fear is a big reason people don’t say what they think. In general, there is a worry of being perceived as uninformed or of receiving backlash for offering a differing opinion. The environment I strove to create was one in which everyone had a voice.

FIRM CHANGES
We’ve made changes both big and small to encourage this culture. We did a full company reorg – which we
knew would rock the proverbial boat, but we knew we had to shift our lines of communication. We created new
business lines and changed the reporting structure so that people worked with, and reported to, those that they
physically worked near.

No matter how technologically advanced we become, face-to-face interaction is still the most important and
most effective. No one should only see their supervisor at review time. We started a Gender Equity and Leadership Committee to ensure that everyone had a vocal avenue and that those voices were being heard. We send out quarterly surveys to the entire company, with questions focusing on recognition, sense of self, and professional growth.

We changed our employee appraisal system to one where employees write their own goals and perform self evaluations. We redesigned our employee recognition program to encourage peer-to-peer recognition.
Personally, I have started meeting routinely with early career professionals, focusing on the essentials of
successful running a business.

We are already seeing the benefits. Our retention numbers have increased. Two employee-run committees
(Wellness Committee and Corporate Citizenship) have been resurrected and revamped. The Gender Equity and
Leadership Committee is providing recommendations that would better support working caregivers at Fuss &
O’Neill. I see new faces at meetings.

And, more importantly, those new faces are contributing and the traditional faces are listening. As I close my first
year as “Captain”, I look forward to the changes that come from the ideas of the “crew” in my second year.

This article is featured in the September edition of the Professional Services  Management Journal (PSMJ) newsletter. In today’s fast-moving information overload world, it seems that there is industry-related content everywhere you look, with some nuggets of advice on how you can be more successful. PSMJ’s carefully-curated content ensures that you are not getting generic filler, hypothetical fluff, or anything but proven battle-tested advice. Check out a free copy available at the link below.

The Fed’s Wrecking Ball is Hitting the Private Sector Markets

Inflation may be starting to show some signs of cooling, but the Fed isn’t backing down anytime soon and the impact is becoming more noticeable in the architecture, engineering,..