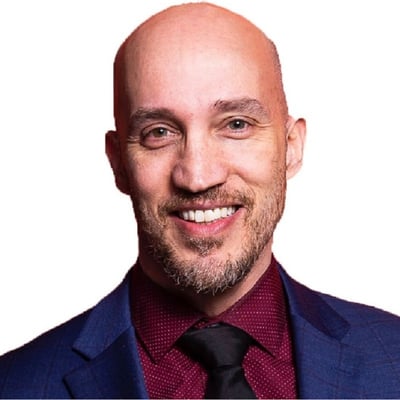 Joel Peterson is the Associate Director of Human Resources at Kohn Pedersen Fox Associates (KPF), a global architectural design firm based in New York City. He began his career as an actor before transitioning into Human Resources (where his acting training comes in very handy). His diverse background spans a variety of industries from international education, the pharmaceutical industry, public television, and professional services. For the last 16 years, Joel has worked in the AEC industry where as an HR leader he helps build the people who build the buildings.

Anne Davis is the Assistant Director of Human Resources for H2M architects + engineers. She is a dynamic HR leader who is passionate about the people that bring organizations to life. Her 20 years of experience in areas of Human Resources primarily focused in the Architecture and Engineering industry include planning, implementing, and evaluating comprehensive systems that streamline HR activities and result in greater efficiency across the organization. Anne holds an undergraduate graduate degree in Civil Engineering from Clarkson University and a graduate degree in Human Resource Management from Stony Brook University which has enabled her to combine her technical background with her human resource expertise/partnerships to drive business results within her organization. She thrives on family, friends, health and wellness.

Barbara Bruno is internationally recognized as a top staffing, recruiting, and talent acquisition expert, having created 14 courses for LinkedIn Learning approved for Enterprise Corporate client continuing education curriculum. Barb has authored several books, writes the widely-read No BS newsletter, created mobile recruiting apps, and designed and authored the curriculum for the Professional Certification Program for IT and Engineering Recruiting Professionals. She has also held many leadership roles including: State President of IAPC and Chairman of the Board of the National Association of Personnel Services.